Replaced by the Quiet PC Serenity Value Gamer i10 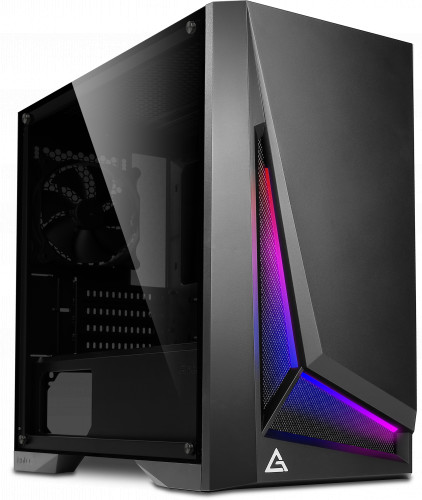 Any air-cooled PC will always be a compromise between quietness (arising from careful cooling design) and performance (which produces heat). This situation affects gamers even more than most because of course, the latest and greatest processors and 3D graphics cards tend to be the ones which run the hottest and which have the loudest fans on them.

We’ve done a lot of development work in this area to bring you the Serenity Value Gamer - a fully built high performance PC which we think offers the best of both worlds - virtually silent running (especially when the PC isn’t being used for gaming), and extraordinary gaming performance with great cooling design which gives total safety and reliability for your precious CPU and GPU.

This last order; I placed it 1pm in the afternoon, and 9am next morning it's happily safely in my hands. Beautifully packaged, and fully intact as I've always come to expect from Quiet PC. Some 12+ orders over the last few years, and every-time without fail my order has been a super experience. Good in-stock levels, very fast turn-around of order and delivery, and always top customer service! What more can I say, but that I'm always extremely happy with my purchases from this company. Many thanks & keep up the good work.
(Review via Trustpilot)