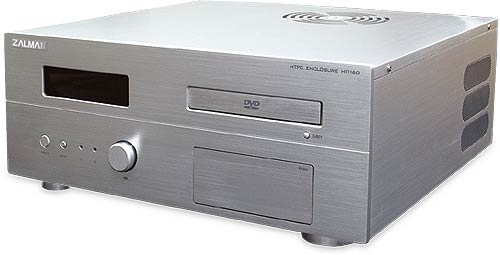 The HD160 is a home theatre PC case packed full of features. Every case is supplied with a multimedia card reader, vacuum fluorescent display (VFD) and a Microsoft remote control. There is also a volume control knob on the front of the case if you want to turn things down.

Traditionally, the problem with home theatre-style cases is that it has been difficult to get a VFD and IR receiver mounted internally so that they both use the same window on the front of the case, eliminating ugly “add-on” external IR receivers. Zalman have spared no expense in the design of the HD160, providing a solution to this problem through their use of a custom-made PCB which mounts both the VFD and Microsoft IR receiver.

When building a Home Theatre PC, cooling of the installed components is a very important consideration, as well as how much noise they produce. Zalman have addressed both these issue with some very clever design work!

The first thing you will notice is that the roof of the case has a fan grille which can be easily opened and closed. When open, cool air will be introduced into the system directly over the CPU, which will help keep the CPU temperature to a minimum. When closed, airflow will be tend to be focussed from the front to the back of the machine.

There are also two grilles on the side of the case. The grille adjacent to the PSU is in a very useful position because when used in conjunction with a power supply which has a 120mm fan, it allows cold air to be taken into the PSU instead of it using the warmer air inside the case. This helps to keep the temperature of the PSU down which is a good idea when you consider that most quiet PSUs work on the basis of a temperature-controlled fan. We highly recommend Zalman’s new 460W PSU because it is a very strong unit which uses a 120mm fan. The Nesteq and QTechnology PSUs would also be worthy of consideration.

The case has been designed so it is possible to install very quiet components without compromising on performance. Zalman’s CNPS9500-LED and VF700 can be installed into the case without any clearance problems. This means it is possible to adequately cool a high end Home Theatre PC while keeping noise to an absolute minimum. As shown in the image below, airflow generated by the CNPS9500 is directed towards the two rear 80mm fans which expel the warm air straight out of the case, resulting in a lower internal ambient temperature. 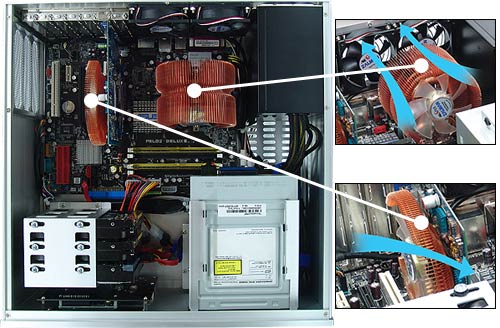 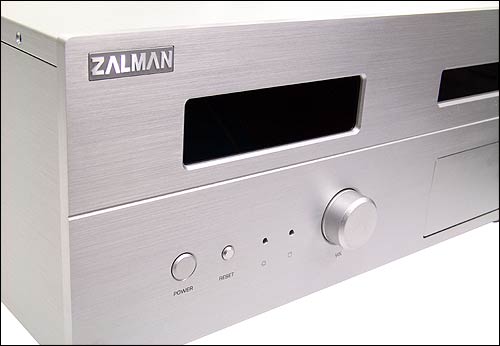 Close-up of VFD and volume control 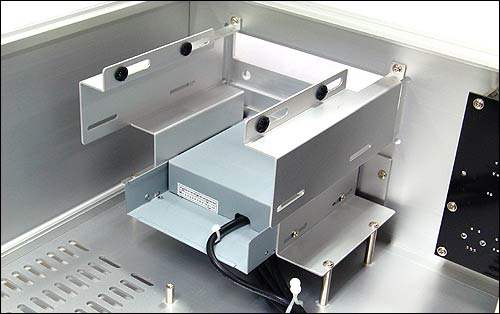 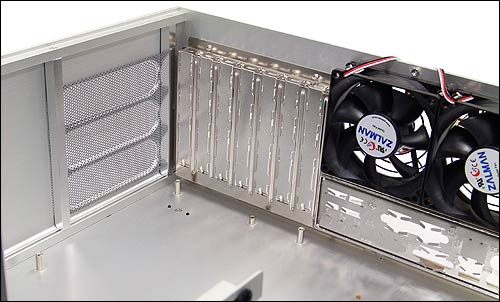 They answered all of my questions promptly and well. The computer was ready for delivery sooner than expected. I am now enjoying using my high speed, absolutely silent, WIndows 10 computer.
(Review via Trustpilot)