The GA-Z77MX-D3H offers a wealth of connections and features including USB3 and a choice of four monitor connection standards - DVI, HDMI and VGA, any two of which can be used at the same time. 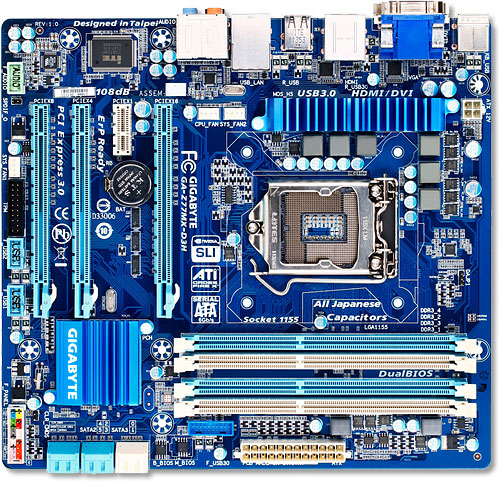 The revolutionary GIGABYTE 3D BIOS application is based on GIGABYTE UEFI DualBIOS technology and is available to consumers in two exclusive modes of interaction, providing enthusiast and mainstream users with a choice of unique and powerful graphical interfaces.

Ordered on a Sunday night, dispatched Monday and received Tuesday morning. They let you know what is happening with your order at every stage. Only a company that holds good stock levels can give this sort of service. Great company to deal with.
(Review via Trustpilot)