For gamers, creators, and all-around PC users who want enthusiast-class performance; without the need for a discrete graphics card – look no further than Ryzen 4000 Series Desktop Processors – The Ultimate Desktop Processor with Graphics

Get a PC with the performance you need with up to 8 cores fueled by the world’s most advanced 7nm processor core technology. With up to double the processing threads and cache, and delivering a generational leap in performance over the previous gen, AMD Ryzen 4000 Series Desktop Processors with Radeon Graphics deliver ultra-fast responsiveness and multi-threaded performance for mainstream PCs.

The Most Advanced Technology

Count on a PC that’s fast, efficient, and reliable with the world’s most advanced 7nm processor core technology at the heart of your system. AMD Ryzen 4000 Series Desktop Processors with Radeon Graphics are designed with industry-leading 7nm process “Zen 2” processor technology for faster, efficient processing to get it all done, faster than ever before, while running cool and quiet. 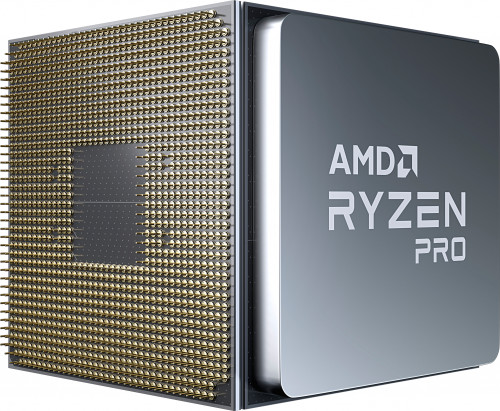 The World’s Fastest Graphics in a Desktop Processor.

Be immersed in every detail as you edit photos and videos, get amazingly smooth HD gaming, and stream your favorite shows in vibrant 4K, HDR. AMD Ryzen 4000 Series Desktop Processors deliver the fastest graphics performance available in a desktop processor with AMD Radeon Graphics built right in. Enjoy smooth, 1080P gaming right out of the box, no additional graphics card required; and an easy path to future upgrades like graphics cards for HD+ gaming when you’re ready..

Built for the modern environment, the new AMD Ryzen PRO 4000 Series Desktop Processors offer a new standard for modern PCs. Featuring advanced performance and modern security features with layers of protection, they are designed to keep up with today’s fast-paced, remote environments. With security features such as AMD Memory Guard and AMD Secure Processor alongside seamless manageability features, you can rest assured AMD-powered systems are easy to administer on an enterprise-level scale and deliver reliable security features.

PLEASE NOTE: These processors are supplied in a OEM packaging, meaning there is no retail box, instructions or accessories supplied with the product. Each processors is supplied with a CPU cooler allowing it to be used on any compatible AM4 motherboard.