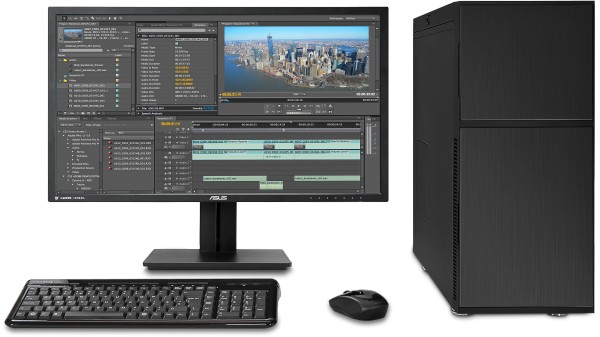 With the proliferation of digital cameras and the ability of (almost) anyone to take good quality movies, the need for a powerful video workstation on which to actually edit the footage is becoming increasingly popular. Quiet PC is proud to announce the Serenity Videostation which is ideal for running popular video editing software like Adobe Premiere or Sony Vegas Pro.

Video editing is one of the most demanding tasks that a modern computer system can perform and as such, the options on offer in the configuration section reflect this need as this system can be set up for either the home enthusiast or the professional user. Customers looking for a system to meet more casual video editing needs should consider a system such as the Serenity Skylake Home Value.

Unfortunately it is not possible to offer a completely fanless system for video editing because of the intense CPU usage used in the video rendering process.

The key to any quiet fanned system starts with the case. We offer a German engineered, high quality case which, coupled with some well-chosen components provides a very quiet system from the outset.

The Videostation system is housed in a Nanoxia Deep Silence 1 or 3 case which was designed primarily with noise reduction in mind. As such, it offers many noise reduction features helping to keep the small amount of noise the system makes inside the case:

The Wavestation Pro uses Intel’s Skylake-X Processors which are 6 / 8 / 10 core desktop CPUs and support DDR4 memory. These next generation 14nm CPUs deliver greater performance and energy efficiency as well as the industry’s highest level of discrete graphics performance by sporting up to 44 PCIe Gen.3 lanes, of which the ASUS X299-A is able to take full advantage, delivering bandwidth totalling 320 Gb/s for the most demanding tasks.

Which CPU do I need?

Any processor on offer with this system will do the job but the more powerful it is, the less time it will take to render your finished video so always choose the best processor that your budget allows.

The more memory that is chosen for the system, the better it will perform. For a system like this we would recommend a minimum of 16GB of memory with 32GB (or higher) being preferable.

Choosing the Correct Video Card for your Software

Many modern editing applications will take full advantage of the very powerful processors used on graphics cards. Developed by NVidia and ATI these processors are called a Graphics Processing Unit or GPU. This allows the application to greatly speed up tasks such as rendering and encoding without affecting the main CPU.

By default, no graphics card is selected in the configuration section. Video editing software like Adobe Premiere prefers the use of high-end NVidia video cards like the powerful GTX 1050 / GTX 1060 (or higher). On the other hand, the ever popular Sony Vegas Pro works faster with AMD cards (which we currently don’t sell). If you don’t use either of these video editing packages then please check to see which cards are recommended for your particular editing software before choosing a video card.

If you are importing video or audio clips from a portable microphone or camera then we would highly recommend using a card reader to make that process as simple as possible.The ICY BOX IB 865 card reader is a compact multi-format card reader which can be installed into a 3.5” drive bay and supports many different types of card including various Compact Flash (CS) and the more common Secure Digital (SD) cards.

Users with more advanced storage needs may be interested in having two drives in a RAID array in order to increase read/write speeds or to provide a relatively fail-proof backup system. The two types of RAID offered on this system are RAID 0 (Striped) and RAID 1 (Mirrored) and they store information in completely different ways.

RAID 0 arrays stripe data and writes information across two separate hard drives and is often used to increase the speed at which data is accessed and retrieved and this is particularly useful for large video files. The downside is that if a drive fails then you lose everything, so its important to make regular backups.

RAID 1 arrays mirror data and write identical information across both drives simultaneously without a speed penalty. So if one drive fails, no data is lost and the PC stays running. However, if both drives (or more likely the motherboard) fails then you lose everything, so it is still important to backup regularly.

Programs like Adobe Premier CS6 recommend a RAID 0 drive configuration but do check the recommended specifications required the optimum running of your video editing software.

Video editing programs usually take up a lot space on your Windows desktop so it is usually a good idea to use a large display like the Dell 29” Ultra Widescreen Monitor or even the ASUS PG348Q 34in 100Hz 3440x1440 Curved IPS Monitor” IPS Monitor to expand your desktop. The more space you have available on your Windows desktop the easier it will be to work with your editing software. 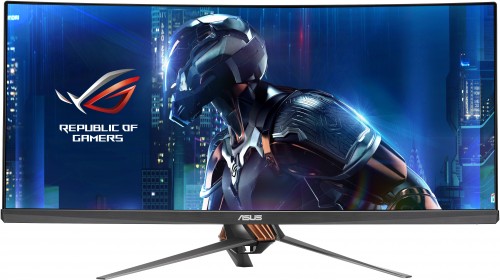 An alternative (and usually cheaper option) that many people choose is to use two monitors to increase the available space on their desktop and you may need that to view a full size video preview of the media on which you are working.

For professional users who are working with videos all day, the RAID 0 will help speed up the loading/saving and processing of large video files.