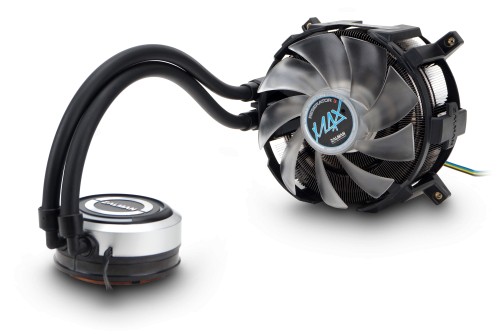 Noticed the request for contact before posting a review, these are my problems with the CPU cooler in the review format they would have been posted in: First off, it doesn’t cool nearly as well as it claims to, but that’s the least of it considering there’s always overcompensation in the advertising for new products.

Despite these problems, I gave the cooler a try. Temperatures fluctuate constantly and were it not for the difficulty of removing the backplate (who thought double sided tape was a good idea?) I would have already replaced it with a different cooler. If I wouldn’t have had to ship it internationally, I would have returned it immediately.

Hi Matthew - thanks for your review. It’s very disappointing to learn that you didn’t have a positive experience and it’s puzzling as to how you can have received such a poorly built item. Maybe Zalman’s quality control department didn’t do their job properly. Please contact us and we will be happy to replace it, suggest a better product or offer you a full refund.

Just got mine installed replacing a stock cooler on my FX8350 (not overclocked). I did a benchmark on the stock cooler and it hit 64[deg]C, then did it with the Reserator 3 and it dropped to 44[deg]C on 100% load. This should leave me a lot of room to overclock with, hopefully.

Aesthetics, well it’s Zalman and Zalman products tend to look awesome (in my humble opinion). I would like to point out however that the Fan LED seems quite dim. Most of my case fans are blue LED fans but this one is by far the dimmest. Anyway, either you like the looks or you don’t.

Installation, well, admittedly it’s my first time so it took a lot longer than i thought, perhaps an hour or so (my case has a panel so I don’t have to remove the motherboard to change the cooler). Frankly the whole process was pretty straightforward, the instructions are clear and everything fitted together nicely. That being said, when it came to screwing the pump on to the back plate it became tricky. I think it would have made it A LOT easier if I’d had another set of hands for this but it really took about 90% of the time trying to line the screws up with the back plate. If you have someone that can hold the back plate in place while you do it, then it will be a lot more straightforward. Removing things from the motherboard to give you some more room is also a way around it, but I didn’t.

Anyway, like I said in the title, i’m impressed. I would like to see how it stacks up against its competitors though, but however it fares, i’m still very happy with my choice.