Ever since the RESERATOR1 was first released, people have naturally assumed that there would be a second version of this extremely popular water cooler. Well, after nearly three years since the release of the original product, we are pleased to announce the RESERATOR2. 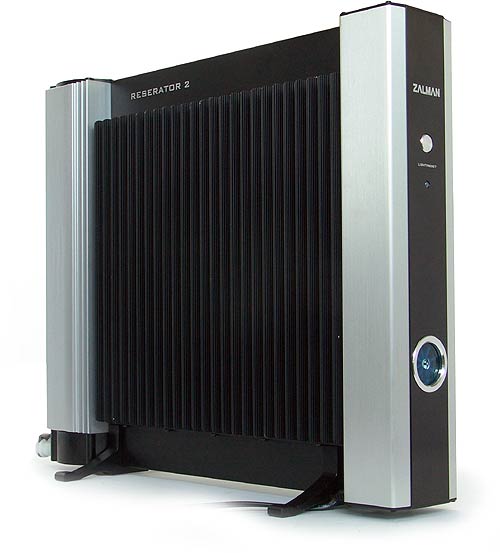 Since the release of the original RESERATOR1, newer processors and graphics cards have continued to generate more and more heat - so much so that the RESERATOR1 has undergone two face-lifts. Replacing the water blocks will help make the RESERATOR1 more efficient but for it to remain fanless, a new approach was needed, i.e. the RESERATOR2. 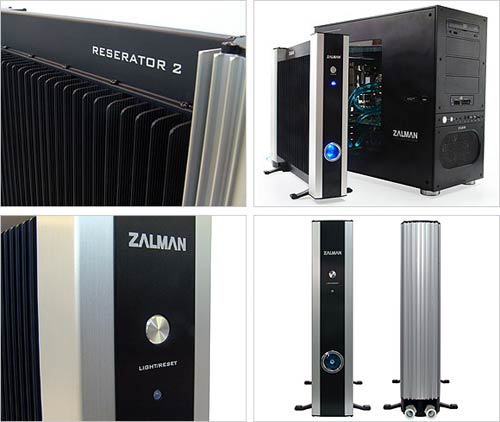 As you can see from the images, the RESERATOR2 looks nothing like the original RESERATOR. Gone is the long cylindrical “rocket launcher” reservoir. In its place is a more normal looking piece of computer hardware! Some people may think this is a good thing, but others like the fact that the original RESERATOR stood out.

The CPU water block is made from pure copper for excellent heat transfer and has been gold plated to prevent corrosion. It supports Intel CPUs (socket 478 and 775) and AMD’s Athlon 64 (socket 754, 940 and 939). Optional ZM-OC2 gives AM2 compatibility.

Zalman’s new VGA water block is lightweight due to it being manufactured from pure aluminium. This high performance VGA cooler is anodised and coated to prevent corrosion. The VGA water block is compatible with all graphics cards that have push-pin holes around the GPU, even nVidia’s 7900 and ATI’s X1950 series! It is also compatible with the 7950GT, but not the nVidia 7950GX2.

Another great feature is the Quick Release Couplings. The fittings incorporate valves that prevent leaks when disconnecting the tubing. This provides a quick-release mechanism allowing the user to move the PC and RESERATOR more easily.

Another feature worth mentioning is the new PCI bracket that is supplied with the RESERATOR2. Instead of the bolts used on the original RESERATOR1, the new version allows you to pass the pipes through the specially designed PCI bracket and then into the RESERATOR using the Quick Release feature. This makes moving and replacing the liquid much easier.

The anodised aluminium Northbridge water block is ideal replacement for a Northbridge cooler that has a small noisy fan installed. The block attaches to the motherboard by using push-pin holes or hooks. See the ZM-NWB1 product page for more information.

Also available an optional extra is Zalman’s new VGA RAM water block. This product is designed to work in conjunction with the ZM-GWB3 and allows the system to cool even the graphics cards RAM chips! The water block only supports nVidia 7800/7900 and ATI’s X1800/X1900 series graphics cards. For all other graphics cards, we recommend using ZM-RHS1 RAM heatsinks instead.

“Excellent customer service, excellent all round”

“Excellent customer service, a fabulous catalogue, and, most importantly, honesty when answering questions.

I look forward to ordering from them in future and supporting this business.”