The GeForce RTX 2070 is based on the NVIDIA Turing architecture GPU armed with 2304 CUDA cores and equipped with 8GB of GDDR6 memory running at an effective clock rate of 14Ghz on a 256-bit bus. Palit GeForce RTX 2070 is designed to deliver excellent performance than previous-generation video cards and brings the power of real-time ray tracing and AI to games.

With its three DisplayPort ports, the Palit GeForce RTX 2070 can provide a flawless, jaw dropping surround experience at 4K.

DrMOS, originally only available for high-end server CPUs, is now available in all its glory in the next generation of Palit graphics cards. DrMOS offers high current circuits, low noise operation, and effective reduction of heat generating. 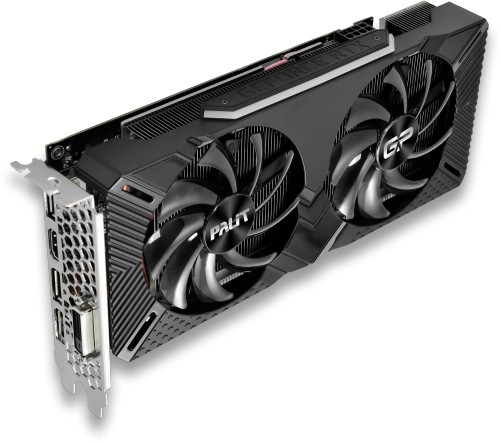 Capture and create in-game screenshots that can be viewed in 360 degrees. Compose your screenshots from any position, adjust them with post-process filters, capture 4K HDR images in high-fidelity formats, and share them in 360 degrees using your mobile phone, PC, or VR headset.

The colour lighting from the RGB LED can be changed in accordance with graphics temperature. The temperature can easily be identified by different colours from the external appearance of the graphics card. Gamers can choose from 16.8 million colours to suit their own style and preferences. The LED Lighting effect are controlled by ThunderMaster Utility.

“Keep up the efficient and flawless service”