If you want to enter the brave new world of UltraHD, the NEC EA244UHD is a great way to do it. Once you see the pin-sharp clarity and sharpness, you’ll never want to go back to HD again! 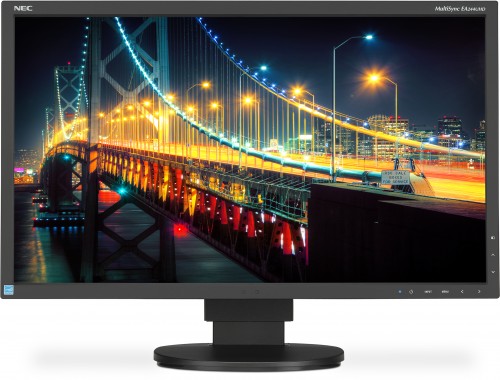 The LED backlighting of the EA244UHD allows for a slimmer profile, lighter weight and increased power savings. This model also boasts a height-adjustable stand (130mm) and full connectivity with DisplayPort, HDMI / MHL and DVI-D inputs. The EA244UHD includes touch-sensitive On Screen Display controls, a Picture by Picture (PBP) mode for two inputs on-screen at the same time, streamlined cable management and ControlSync™ technology, which allows users to control up to six units in a multi-monitor configuration.

4K Ultra High Definition is the newest standard in the world of Cinema/TV and of course as with any new display technology, the initial problem has been lack of content. Television broadcasters are still catching up with HD, let alone UHD. As a result, the standard is now being adopted by monitor manufacturers so that PC users can benefit from 4K without necessarily worrying too much about lack of viewing content.

4K refers to the horizontal resolution of the monitor (3840) as opposed to 2K HD (1920). If you are producing 4K video then having a 4K screen makes a lot of sense. But even if you are just editing photos or even just doing spreadsheets or graphic design a 4K monitor can have its advantages. Because of the very high resolution, especially when you pack that many pixels into a 24 inch panel, you get an exceptionally sharp image. Really, really sharp. It’s very noticeable when you go back to a 2560x1440 or 1920x1080 screen. 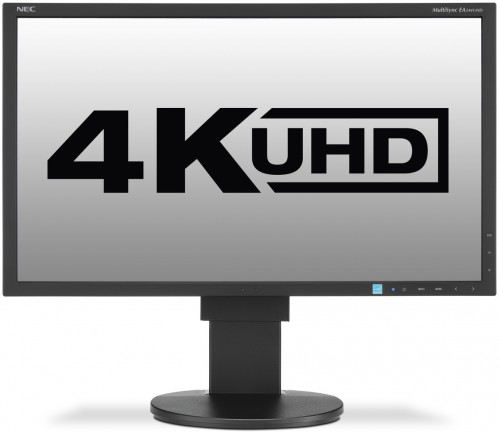 The EA244UHD monitor comes with a DisplayPort cable in the box, and we recommend that you use it. Unlike DVI or HDMI 1.4, DisplayPort supports UHD at 60Hz refresh rate, giving smooth and fluid motion at full resolution. HDMI 2.0 is a new standard which offers UHD at 60 fps, but HDMI 2.0 PC video cards do not yet exist. Although you can obtain a crystal clear 4K image using HDMI, it will be running at 30Hz which means that movement on the screen will appear jerky and mouse movements will be sluggish.

Because the monitor has such a small pixel pitch, fonts will appear very small and most people will find them difficult to read. Windows includes built-in font scaling so that you can resolve the issue by setting font size to, say 200% for example. However, Windows 10 makes a much better job of this than Windows 7 and can also support different font scaling settings on different monitors. For this reason, we recommend Windows 10 over earlier versions of Windows, especially for multi-monitor setups.

Of course it goes without saying that your video card will need to support 4K. New cards are now emerging which support 4K, but check their specifications carefully to ensure that they support 4K at 60Hz. Many cards claim 4K compatibility but in fact they only run at 30Hz which will produce jerky movement. We recommend that you choose a video card with a DisplayPort output which can run at up to 3840 x 2160 at 60Hz. 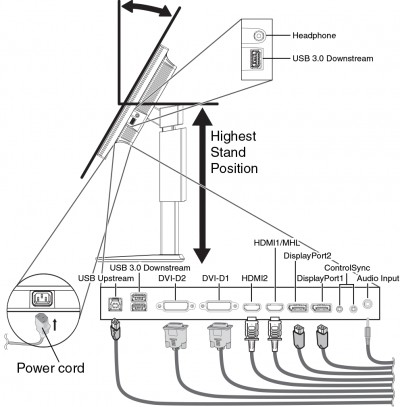 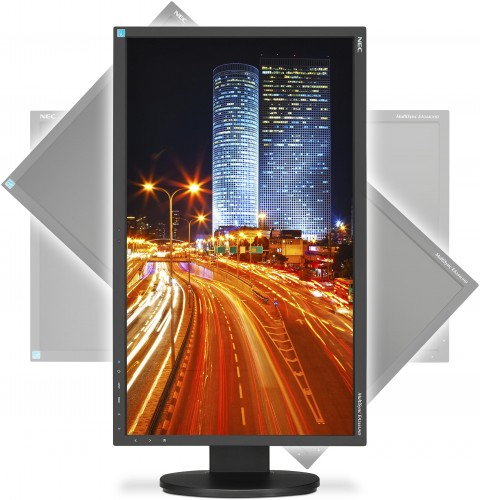 The EA244UHD can be oriented in landscape or portrait mode

“Quiet PC: worth making a noise about”

“I needed some advice on replacement fans for an old cooler. Quiet PC not only advised that this was possible but took me through the replacement options and how to replace the fans. The old PC no longer sounds like a 19th century steel mill. Will definitely come back to them when I order a full, low noise system.”